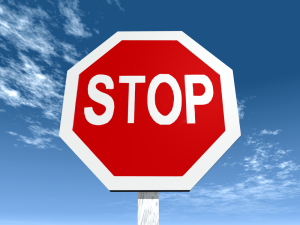 In fact, Jay Arnesen now channels his knowledge as a former police officer who used to issue traffic tickets for the State to work on behalf of citizens charged with criminal and traffic offenses in Florida.

Arnesen has trained the lawyers at his firm in order to equip them with his unique skills in defending criminal and traffic cases in municipalities throughout South Florida. Contact the Arnesen Law Boca Raton or Fort Lauderdale office locations  anytime at 561-419-9630 to speak with one of the firm’s attorneys at no cost.

Title XXIII of the Florida Statutes pertains to Motor Vehicles, describing the disposition of traffic infractions in Chapter 318. It also explains the laws regarding State Uniform Traffic Control in Chapter 316, which lists a variety of specific traffic infractions. Stop Sign violations, which are addressed in Chapter 316, Section 123, are considered non-criminal moving violations under State law, punishable by penalties such as fines and points added to the defendant’s driver’s license.

Specifically, those convicted of a stop sign violation face the addition of 3 points on their driver’s license, in addition to financial penalties in the form of fines and potential increases in insurance premiums. Importantly, the accumulation of points beyond an amount dictated by Florida’s point system may also result in jail time for a defendant in a traffic case.

An experienced traffic defense lawyer who is familiar with State law regarding traffic infractions can work to contest your traffic ticket for a stop sign violation, which in many cases may be based solely on the testimony of the issuing law enforcement officer. A dedicated defender working on your behalf can help you avoid some of the aforementioned penalties, as well as collateral consequences like increases in your insurance premiums. Contact Jay Arnesen’s Boca Raton or Fort Lauderdale offices anytime at 561-419-9630 for a free initial consultation if you are issued a ticket for a stop sign violation in South Florida.