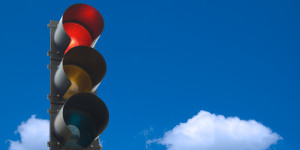 In fact, Jay Arnesen now channels his knowledge as a former police officer who used to issue traffic tickets for the State to work on behalf of citizens charged with criminal and traffic offenses in Florida.

Arnesen has trained the lawyers at his firm in order to equip them with his unique skills in defending criminal and traffic cases in municipalities throughout South Florida. Contact the Arnesen Law Boca Raton or Fort Lauderdale office locations  anytime at 561-419-9630 to speak with one of the firm’s attorneys at no cost.

Title XXIII of the Florida Statutes pertains to Motor Vehicles, describing the disposition of traffic infractions in Chapter 318. It also explains the laws regarding State Uniform Traffic Control in Chapter 316, which lists a variety of specific traffic infractions. Motor vehicle violations related to traffic control signal devices are delineated in Chapter 316, Section 075 and are classified as non-criminal moving violations under State law. Traffic tickets within this category are punishable by penalties such as fines and points added to the defendant’s driver’s license.

Another important point to consider is that accumulating points on one’s license may result in a jail sentence if the number exceeds a certain threshold in a given period of time. For example, a person who accumulates 12 points on his or her license within 12 months can be sentenced to serve 30 days in jail. Further, accumulating 18 points within 18 months is punishable by up to 3 months in jail, and those who accumulate 24 points within 36 months may face a 1-year prison term.

(1)    Except for automatic warning signal lights installed or to be installed at railroad crossings, whenever traffic, including municipal traffic, is controlled by traffic control signals exhibiting different colored lights, or colored lighted arrows, successively one at a time or in combination, only the colors green, red, and yellow shall be used, except for special pedestrian signals carrying a word legend, and the lights shall indicate and apply to drivers of vehicles and pedestrians as follows:

1.  Vehicular traffic facing a circular green signal may proceed cautiously straight through or turn right or left unless a sign at such place prohibits either such turn. But vehicular traffic, including vehicles turning right or left, shall yield the right-of-way to other vehicles and to pedestrians lawfully within the intersection or an adjacent crosswalk at the time such signal is exhibited.

2.  Vehicular traffic facing a green arrow signal, shown alone or in combination with another indication, as directed by the manual, may cautiously enter the intersection only to make the movement indicated by such arrow, or such other movement as is permitted by other indications shown at the same time, except the driver of any vehicle may U-turn, so as to proceed in the opposite direction unless such movement is prohibited by posted traffic control signs. Such vehicular traffic shall yield the right-of-way to pedestrians lawfully within an adjacent crosswalk and to other traffic lawfully using the intersection.

3.  Unless otherwise directed by a pedestrian control signal as provided in s. 316.0755, pedestrians facing any green signal, except when the sole green signal is a turn arrow, may proceed across the roadway within any marked or unmarked crosswalk.

1.  Vehicular traffic facing a steady yellow signal is thereby warned that the related green movement is being terminated or that a red indication will be exhibited immediately thereafter when vehicular traffic shall not enter the intersection.

b.  The driver of a vehicle on a one-way street that intersects another one-way street on which traffic moves to the left shall stop in obedience to a steady red signal, but may then make a left turn into the one-way street, but shall yield the right-of-way to pedestrians and other traffic proceeding as directed by the signal at the intersection, except that municipal and county authorities may prohibit any such left turn as described, which prohibition shall be effective when a sign giving notice thereof is attached to the traffic control signal device at the intersection.

2.  Unless otherwise directed by a pedestrian control signal as provided in s. 316.0755, pedestrians facing a steady red signal shall not enter the roadway.

(3)   (a)  No traffic control signal device shall be used which does not exhibit a yellow or “caution” light between the green or “go” signal and the red or “stop” signal.

(4)  A violation of this section is a noncriminal traffic infraction, punishable pursuant to chapter 318 as either a pedestrian violation or, if the infraction resulted from the operation of a vehicle, as a moving violation.

If you or someone you love has been issued a traffic ticket for a red light violation in a municipality in South Florida, call the Boca Raton or Fort Lauderdale offices of the Arnesen Law Firm anytime at 561-419-9630 for a free initial consultation.