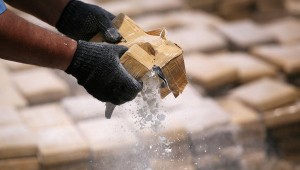 The criminal defense lawyers at Arnesen Law represent clients charged with a multitude of drug-related offenses, ranging from cocaine and marijuana/cannabis trafficking, to possession of prescription drugs. These skilled legal practitioners appear regularly in courts throughout South Florida in towns including Greenacres, Boca Raton, and Lake Worth, focusing specifically on clients charged with criminal and DUI offenses.

Having participated in the investigation and prosecution of countless drug cases during his work as a former police officer, founding partner Jay Arnesen is uniquely qualified to evaluate cases involving alleged drug offenses. In fact, his extensive credentials include certification through The John Jay University School of Criminal Justice’s High Intensity Drug Trafficking Area (HIDTA) Advanced Training Narcotics Course. This highly regarded program certification is achieved by law enforcement officials serving a variety of distinguished agencies, including the FBI, DEA, ATF, and US Customs Enforcement Bureau.

With the professionalism, compassion, and expertise to address drug charges from both sides of the law, the attorneys at The Arnesen Law Firm are available anytime at 561-419-9630 to provide free legal consultations.

Drug Trafficking is considered an extremely serious crime in Florida. In fact, these offenses entail amandatory minimum term of imprisonment, the terms of which are contingent upon the amount of the substance involved in the alleged offense. The Florida Criminal Code includes a lengthy list of drug trafficking charges, which are contained in Chapter 893, Section 135. Specifically, 893.135 details the penalties associated with cocaine trafficking charges in subsection (b) of this section. The penalties associated with these offenses are based on the weight (measured in grams and/or kilograms) of the cocaine seized in each case.

(1)    Any person who knowingly sells, purchases, manufactures, delivers, or brings into this state, or who is knowingly in actual or constructive possession of, 28 grams or more of cocaine, as described in s. 893.03(2)(a)4., or of any mixture containing cocaine, but less than 150 kilograms of cocaine or any such mixture, commits a felony of the first degree, which felony shall be known as “trafficking in cocaine,” punishable as provided in s. 775.082, s. 775.083, or s. 775.084. If the quantity involved:

(2)    Any person who knowingly sells, purchases, manufactures, delivers, or brings into this state, or who is knowingly in actual or constructive possession of, 150 kilograms or more of cocaine, as described in s. 893.03(2)(a)4., commits the first degree felony of trafficking in cocaine. A person who has been convicted of the first degree felony of trafficking in cocaine under this subparagraph shall be punished by life imprisonment and is ineligible for any form of discretionary early release except pardon or executive clemency or conditional medical release under s. 947.149.

Although all criminal charges for trafficking in cocaine are classified as first degree felonies in Florida, the sentencing guidelines associated with these offenses vary based on the weight (measured in grams and/or kilograms) involved, as stated previously. These crimes are punishable by a mandatory minimum term of imprisonment or even a sentence to life in prison without parole, depending on the circumstances of the specific case.

Further, a conviction may result in hundreds of thousands of dollars in fines. In addition, a defendant convicted of violating the above statute will be subject to a mandatory 2-year driver’s license suspension, as well as the the forfeiture of his or her business or professional license for a period of suspension.

Weights Above 150 kilograms:  mandatory term of life imprisonment without the possibility of parole

Florida vigorously prosecutes defendants charged with drug trafficking and even requires the imposition of a mandatory minimum prison term for those convicted, which can be as significant as life-long incarceration without the potential for parole. Clearly, cases of this kind must be combatted with a fervent, comprehensive defense in order to achieve a positive outcome. The lawyers at Arnesen Law challenge the State in cases like these throughout South Florida. Contact their offices today at 561-419-9630 to find the help you need to beat these charges.  This reputable firm always provides free legal consultations.