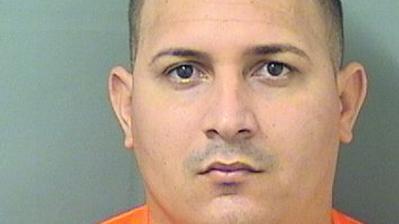 The 26-year-old suspect is accused of using the fake credit card to purchase the shoes from Stubbs & Wootton in Palm Beach, Florida. The store is located on Via Parigi.

According to authorities, the suspect is also connected to an alleged theft at a nearby Cartier store. Police said that several people defrauded the store out of more than $25,000 last fall. The alleged fraud at the Stubbs & Wootton store occurred in September.

According to police, the credit card was a fake; it was actually connected to another person’s account and the suspect had not received permission to use the account.

The suspect was reportedly joined by another person. The other individual was previously accused of using fake credit cards to buy more than $26,000 worth of merchandise from the Cartier Store in Palm Springs, FL. That alleged theft involved at least two other individuals; they reportedly purchased designer jewelry, bags, and clothes from high-end stores located on Worth Road in Palm Springs.

When a Stubbs & Wootton employee read a newspaper article about the theft, he happened to see the 26-year-old suspect’s name. The worker alerted police, who then sent officers to speak with the suspect at his Miami residence.

While interviewing the suspect, police officers checked the suspect’s ID and credit cards; the names reportedly did not match.

The suspect has been charged with a number of criminal offenses, including credit card forgery, organized scheme to defraud, and unauthorized possession of a driver’s license.

Sometime after being arrested, the suspect secured his release from Palm Beach County Jail by posting bail.

For more information about this case, read the Sun-Sentinel.com article entitled “Man Accused of Buying $2K of Designer Shoes with Fake Credit Card.”