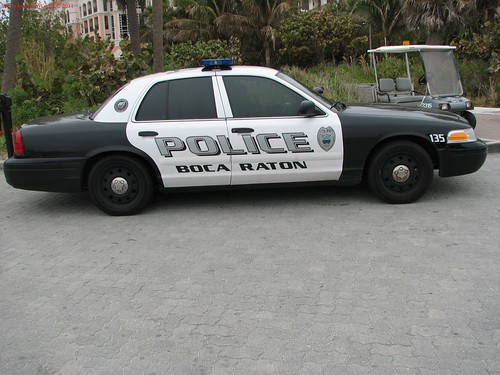 According to authorities, the 24-year-old suspect attacked the victim while she placed groceries in the trunk of her car. The victim had just finished shopping at the Western Beef supermarket on Sandalfoot Plaza Drive in Boca Raton, FL.

The suspect allegedly grabbed the victim’s purse and caused her to fall to the ground. The suspect then reportedly fled the scene on foot.

According to the victim, the suspect got away with $200 in cash and a number of credit cards.

During the subsequent investigation, Boca Raton police learned that someone had used the victim’s stolen credit cards to withdraw money from a local bank.

Investigators eventually identified the suspect by looking at bank surveillance camera footage. Once police knew the suspect’s identity, they went to his personal residence and arrested him without incident.

The suspect is reportedly from suburban Boca Raton. He allegedly confessed to police and admitted that he used the stolen money to purchase oxycodone pills.

After being arrested, the suspect was charged with a number of criminal offenses, including strong arm robbery, aggravated battery, and possession of a stolen debit card. Additionally, he also faces charges for possession of marijuana because police allegedly found a small amount of pot on his person when he was arrested.

The suspect will eventually have to answer the charges in court. In the meantime, he is free on bail after posting $13,000 bail to secure his release from the Palm Beach County Jail in West Palm Beach, Florida.