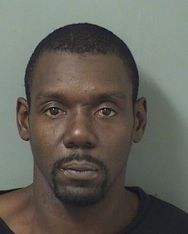 Officers from the West Palm Beach Police Department recently arrested a man in connection with the armed robbery of a victim who was riding his bicycle before the alleged incident. The defendant in this case is facing charges for robbery with a firearm, aggravated assault with a deadly weapon, and kidnapping, after being positively identified by the young man whom he allegedly robbed.

According to law enforcement officials, 33-year-old James Gaines is accused of robbing a 23-year-old male victim at gunpoint on Monday, August 11th. The victim was reportedly riding his bicycle on the 700 block of Tamarind Avenue when Gaines allegedly threatened him with a gun and forced him to undress in the bushes before stealing his backpack, bicycle, and cell phone, as well as the money he was carrying.

Upon arriving at the scene, West Palm Beach Police questioned Gaines, who admitted to being in the vicinity when the robbery occurred but denied that he was involved. Officers recovered the stolen items nearby and arrested Gaines shortly thereafter. When he was transported to police headquarters, where the alleged victim was being interviewed, the victim identified Gaines as the man who robbed him.

Gaines was subsequently charged with robbery with a firearm, aggravated assault with a deadly weapon, and kidnapping, and is currently being held at the Palm Beach County Jail. State documents from the Florida Department of Corrections reveal that his criminal history includes charges for cocaine and weapons offenses.

In terms of the most recent crimes for which he is accused, Gaines could be subject to severe penalties if he is ultimately found guilty. For example, according to Florida Statutes Section 812.13, an individual convicted of robbery with a firearm or other deadly weapon is subject to a maximum sentence of life imprisonment and fines of up to $15,000. In addition, these offenses are associated with a mandatory minimum term of imprisonment of 10 years under Chapter 775, Section 87, often referred to as Florida’s “10, 20, Life Law.”

For more information pertaining to this case, access the following article: Police: Man robbed at gunpoint and ordered to strip