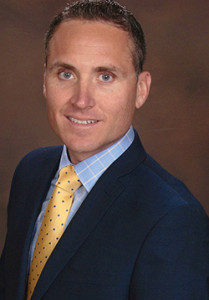 DUI – As a police officer, Mr. Arnesen has had comprehensive training in DUI Detection, Standardized Field Sobriety Testing, and Breath Testing. His in-depth knowledge and understanding of police procedures has enabled him to successfully challenge every aspect of the State’s case when defending his clients. Additionally, he knows firsthand how situations really play out on the street as opposed to how they end up being portrayed on an arrest report. As a result, Mr. Arnesen has obtained several “Not Guilty” verdicts in DUI cases at trial.

Criminal Defense – Mr. Arnesen believes that probable cause issues relating to one’s arrest far too often go unchallenged by the defense. Whether the arrest occurred with or without a warrant, Mr. Arnesen will leave no stone unturned in his pursuit to protect his clients’ rights against illegal searches and seizures.

Background – In his fifth year of service as a police officer, at the age of 26, Mr. Arnesen was involved in a serious motor vehicle accident that almost claimed his life while responding to a 911 call. As a result of the accident, he received over 400 stitches to his face and head, tore his tendon in his left hand, broke a vertebrae in his lower back, and sustained partial vision loss in his left eye. After months of rehabilitation and follow-up surgery, Mr. Arnesen recovered from his injuries but sadly had to take an early retirement from the police department. However, early retirement allowed Mr. Arnesen to pursue his lifelong goal of becoming a criminal defense attorney.

Given what is at stake in your case, you cannot afford to take chances with your criminal defense. When you hire Mr. Arnesen, you will never get an associate assigned to your case. Mr. Arnesen will be with you every step of the way. His mission is for every client to leave the office feeling confident about the quality of their legal representation.